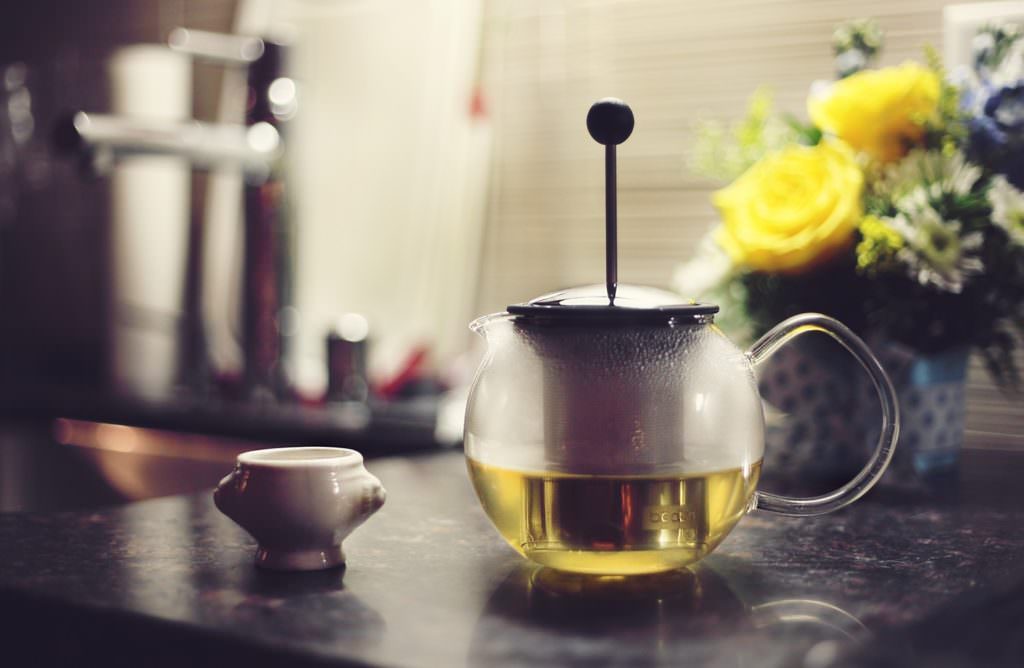 You may have heard that drinking green tea can help if you’re trying to lose weight. Is there any truth in this?

We all know there isn’t a magic pill that will nudge those few pounds off that you’re looking to drop for that special occasion or forthcoming holiday! The best way of losing weight is, of course, to eat the right foods, increase your activity and exercise levels as well as focusing on managing stress and getting enough sleep.

This may well entail an overhaul of your diet and lifestyle but in the meantime, it’s definitely worth considering where you can introduce a few changes that will help boost your metabolism, balance your blood sugars and reduce fat around the middle.

Whether it’s winter or summer, drinking tea may not be the first choice. In fact, I’m actually referring to Green Tea which may be even further from your top choices!

What is Green Tea

Green tea is a tea that has been brewed from unprocessed, unfermented tea leaves.

Both green tea and black tea originate from the same plant species; Camellia Sinensis. The difference is due to how the leaves are processed with one ending up “green” and the other “black”. 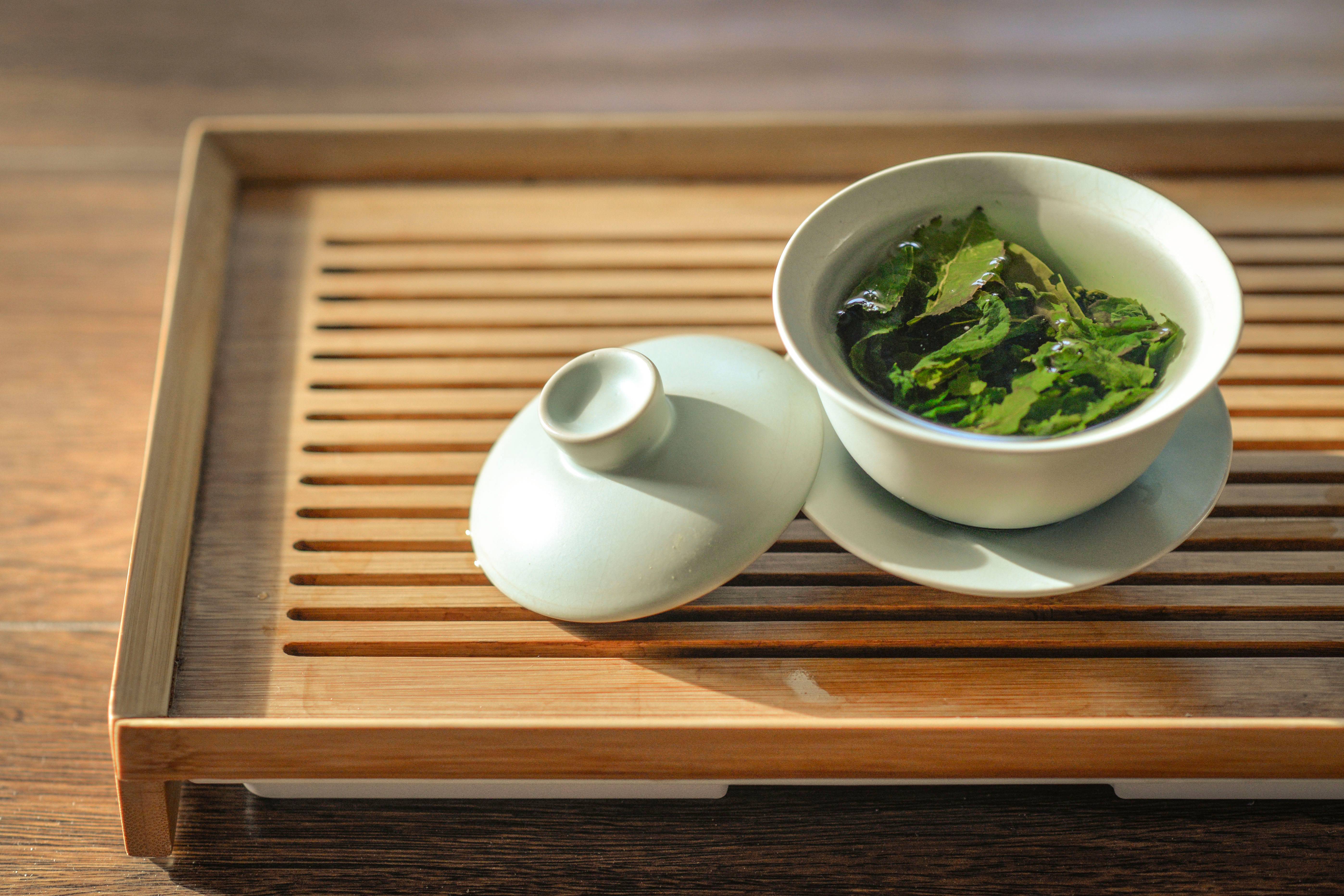 With green tea, the leaves are picked, quickly heated and then dried to prevent oxidation, where the green leaves would turn brown and consequently alter the flavour. Chinese green teas are heating by pan-firing, whereas Japanese green teas tend to be steamed.

In contrast, black tea has been allowed to fully oxidise before being heat-processed and dried, giving it a dark colour and bolder flavour.

Sencha is the most popular Japanese green tea and good quality Sencha tea is made from Sencha leaves that have been first steamed and then shaped. This produces a clear yellow/green tea, mellow flavoured tea.

Matcha tea is made from green tea grown in the shade, where the leaves develop a deeper green colour, due to higher chlorophyll content. The leaves are ground to a fine powder, which is then mixed with boiling water before serving. It has a light and slightly sweet flavour, which lends itself perfectly to desserts and sweeter drinks.

Green tea is long established in Asian countries with varieties mainly originating from China and Japan. It has become more popular in the west, in part for its potential health benefits. Catechins, the anti-inflammatory polyphenols found in green tea, have been shown to potentially have some anti-cancer properties and have been linked to lower risk of heart and liver disease.

Many of the health claims associated with green tea, particularly when it comes to reducing the risk of cancer and weight loss are often conflicting and somewhat inconclusive. However, Green tea does have some health benefits, particularly over black tea. Green tea contains a group of health-promoting polyphenols called Flavonoids, in particular, Catechins which you may see as EGCG. These are powerful antioxidants that prevent cell damage. Many vibrant coloured vegetables and fruits also contain good sources of antioxidants and as part of a balanced diet, green tea can further contribute a significant level of antioxidants.

Yes, but significantly less than equal amounts of coffee. It is worth noting that amounts can also differ with different varieties and even brands.

According to a Journal of Food Science test of caffeine levels across different brands, the caffeine content in each 8 oz. cup varied from 11 mg to 47 mg, with some containing more than 60mg per brewed cup.

For those susceptible to the effects of caffeine, even the lower amounts can still act as a stimulant.

However, green tea (as with all teas) also contains L-Theanine, a neurotransmitter that can have a calming effect on the brain. This reduces the potential stimulatory effect of the caffeine and as such, green tea can be a better option to maintain energy and productivity levels during the day.

How does Green Tea fit in with a weight loss programme?

There have been many studies into the links between the consumption of green tea and weight loss and the results have often been conflicting. Whilst many studies show no effect, possibly also due to other lifestyle factors, some do support green tea for weight loss, effectively due to its ability to boost metabolism. The research suggests that catechins can speed up metabolism and the combination of caffeine and catechins can increase the amount of energy the body uses to do so.

However, a new study published in the Journal of Nutritional Biochemistry looks at the effects of green tea in relation to obesity and focuses on how it may prevent weight gain. This study provides evidence that green tea encourages the growth of good gut bacteria and this, in turn, leads to a series of benefits that significantly lower the risk of obesity. A healthier gut results in less inflammation and better absorption of nutrients, which not only significantly lowers the risk of obesity but also positively impacts a number of health issues.

The study was based on drinking 10 cups of green tea per day, which may seem a lot but keeping a cup of green tea on the go all day, and consuming little and often is the best way of achieving this. Results vary according to different studies into the health benefits of green tea, but health benefits have been associated with drinking about 4-5 cups each day, which is probably more manageable. Even 2-3 cups would be beneficial!

The bottom line: Any weight loss benefits of drinking green tea are unlikely to be significant when compared with the outcome of making healthy and balanced food choices along with increased activity levels. Green tea may positively support this approach.

The secret to preparing a smooth Green Tea 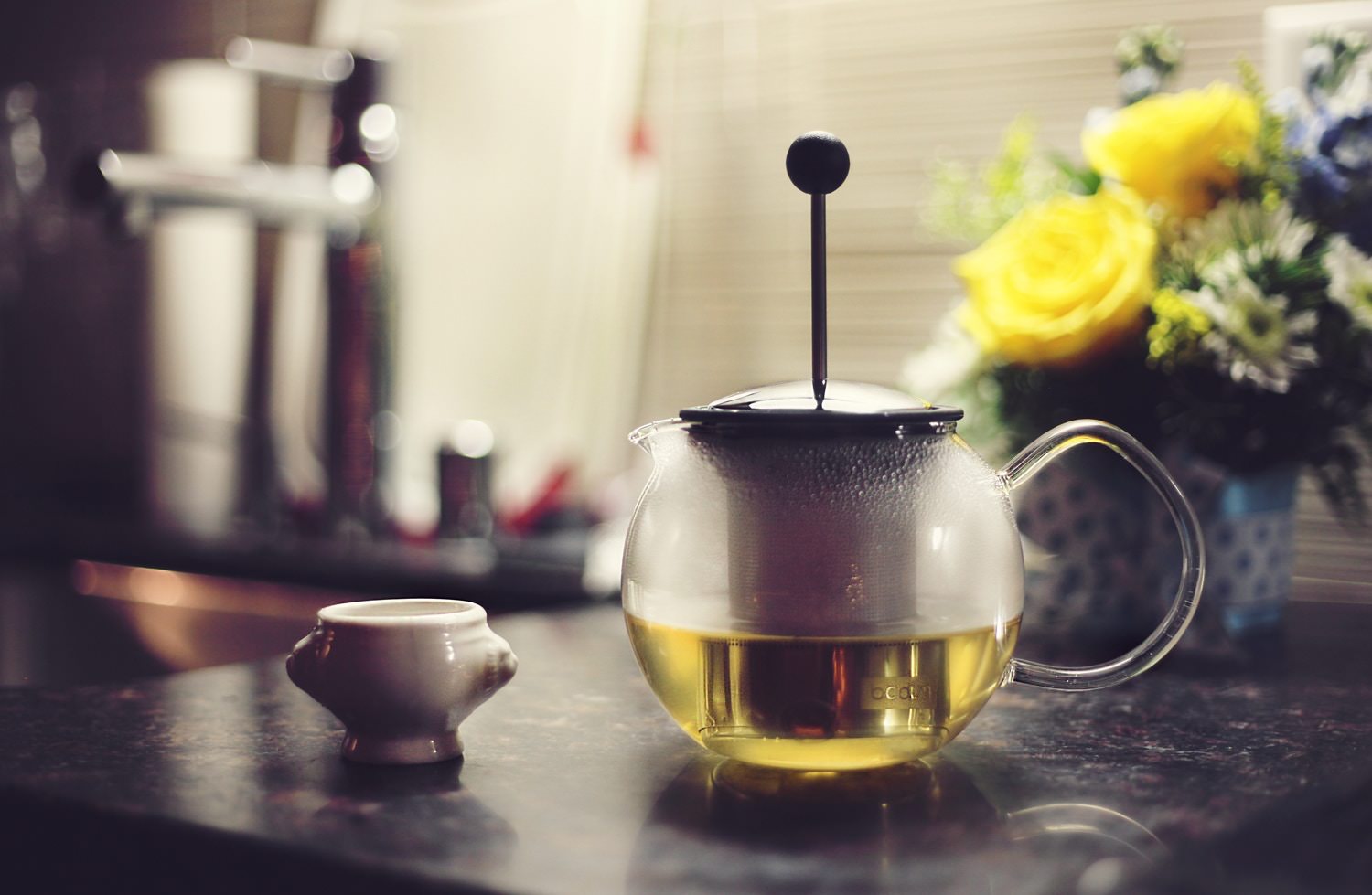 Whilst the brand can vary, with some less expensive teas resulting in a naturally more bitter flavour, the temperature of the water used, as well as the amount of time the tea is steeped for, will have a more pronounced effect on the final cup of tea. Essentially, it is imperative not to use boiling water directly on the leaves, which would otherwise “scorch” the leaves resulting in bitterness to the tea. Instead, aim for water boiled to 80o; either take the water off the boil in time or allow it to cool slightly before using and allow it to steep for no longer than 5mins, but ideally just 2-3mins.

How about Fermented Green Tea?

Kombucha is a fermented tea drink with a slightly fizzy and tangy taste. It is fizzy as it has been fermented using a yeast culture known as a “scoby”. This stands for “Symbiotic Culture of Bacteria and Yeast”.

Kombucha has been made from black or green tea, using this yeast culture. The fermentation process creates probiotic bacteria and as such this combination converts the sugar into an acid. It can be drunk as a probiotic alternative to fizzy drinks, which are laden with sugar or artificial sweeteners. Whilst the concentrations are not likely to be sufficient to solely ensure a healthy gut microbiome balance, there are enough beneficial bacteria that will contribute to an overall healthy gut when consumed as part of a varied, balanced diet that contains good fibre and other fermented foods.

It is worth noting that it can also contain some alcohol as a result of the fermentation process. 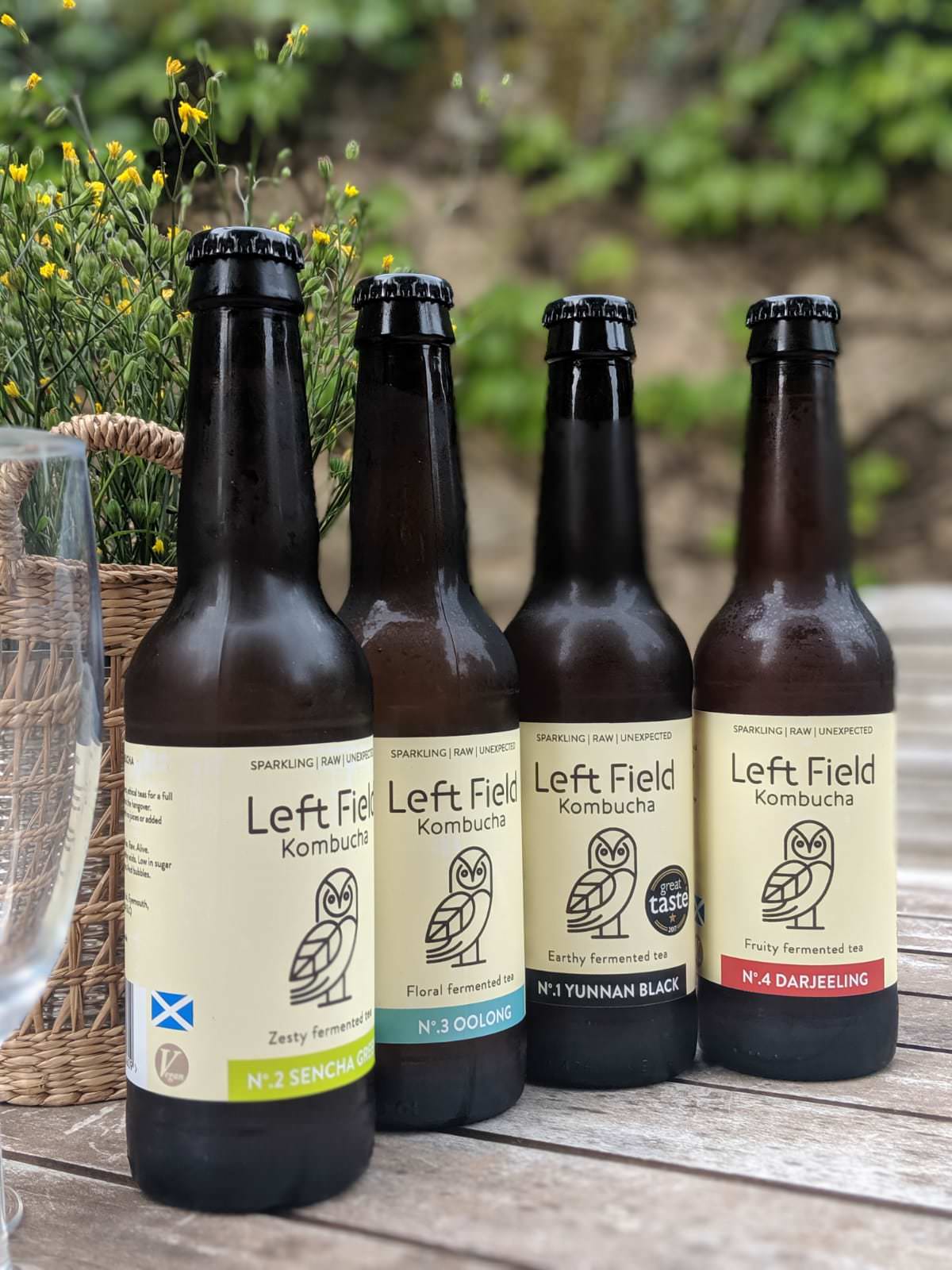 I have recently come across a delicious brand, Left Field Kombucha that has been brewed from high-quality teas without added nasties! They are low in sugar and therefore calories and 100% raw, thus retaining the health benefits. They offer 4 fabulous naturally flavoured varieties, that are refreshing and healthy. The good news is that you can benefit from a 15% discount….buy them online and get them delivered directly to your door and use the code “simpkin15” at the checkout. Definitely worth trying out their Mixed Case, which was all fabulous! You can even arrange a subscription!

As a non-drinker, these have been a great one for me to drink when I’m looking for something a little more interesting; refreshing, delicious and healthy….my perfect combo! 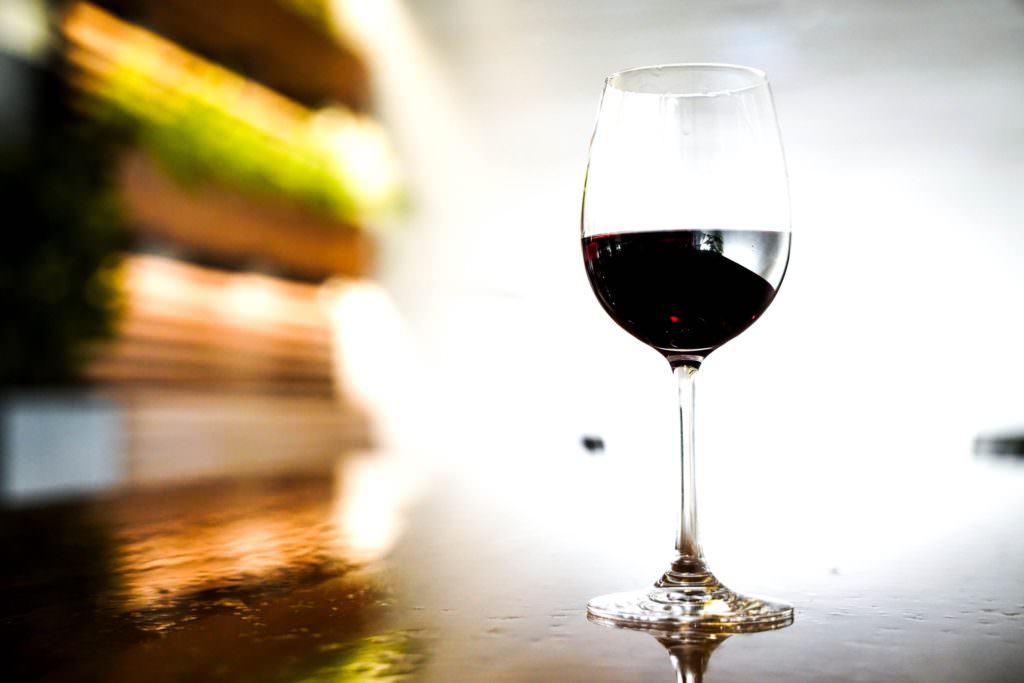 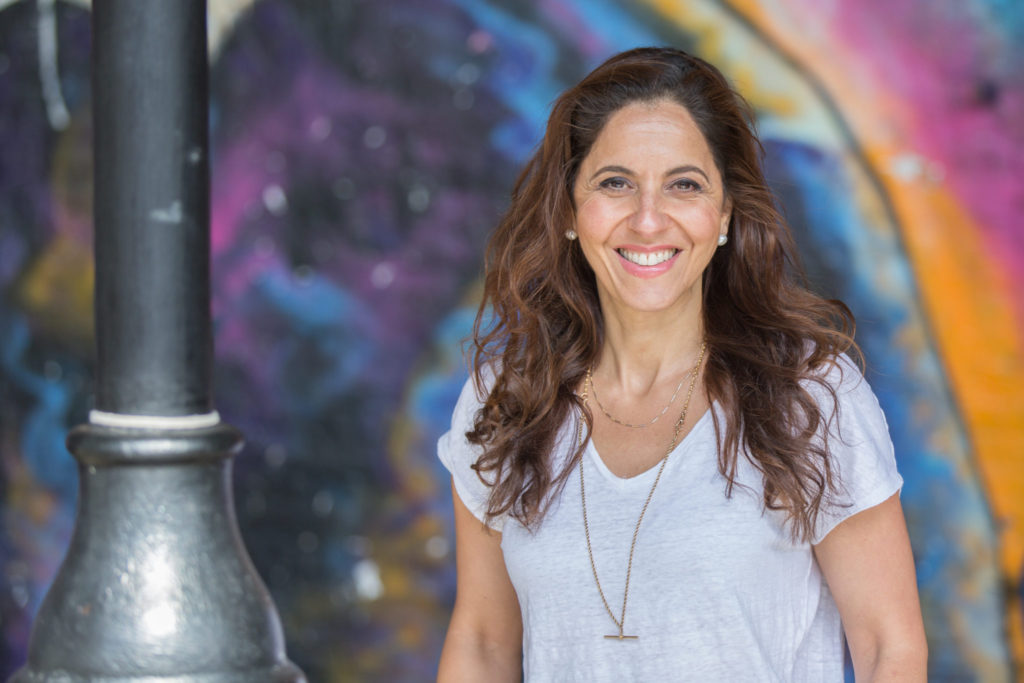 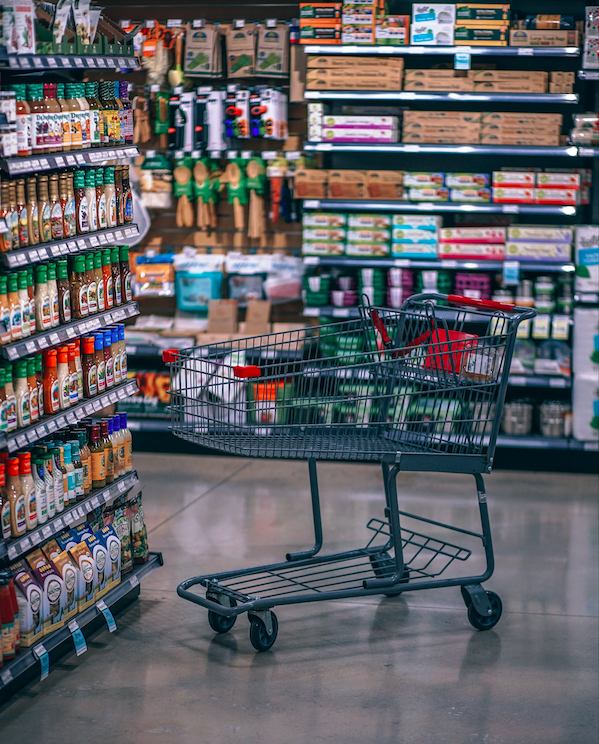